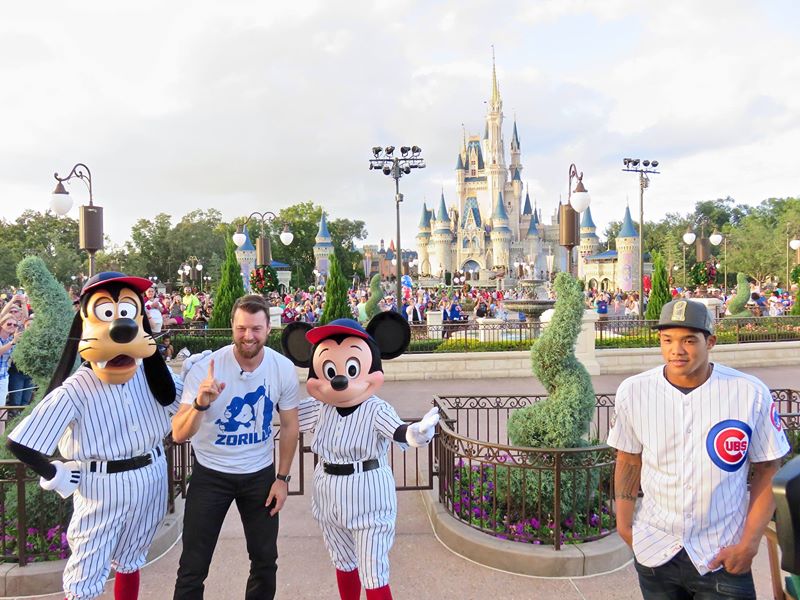 As a Contributing Writer/Photographer to MousePlanet, on November 5, 2016, thanks to the Walt Disney World Public Relations team, I attended the Magic Kingdom’s Celebration of the Chicago Cubs’ first World Series Championship since 1908! As a Chicagoan from birth until 2014, it was truly a once in a lifetime experience (well, until they manage to win another)!  With Series MVP Ben Zobrist, Addison Russell and Javier Baez on hand, the Magic Kingdom was filled with fellow Cubs fans all along Main Street USA.  My article, including lots of photos and videos of the parade and player interviews, is here (link will open a new window on the MousePlanet website).

More photos will also appear when I post my November photo roundup.