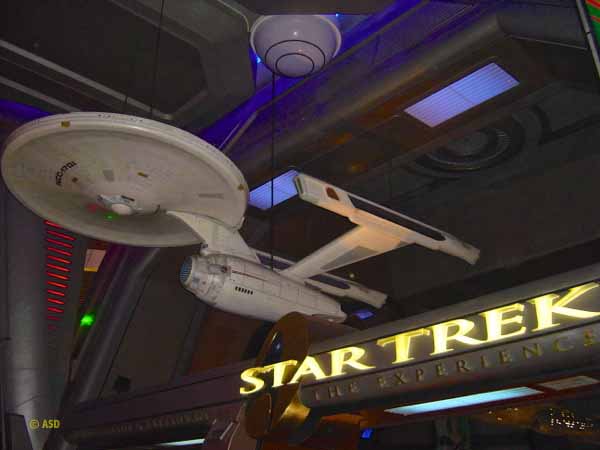 Based on the Television and Movie franchise, Paramount Parks (and in its final years, Cedar Fair) presented the Star Trek Experience in Las Vegas, NV at the Las Vegas Hilton from 1998 until it closed in September 2008.

Additional Las Vegas, NV photos from 2004 and other visits over on Dalinka.com.