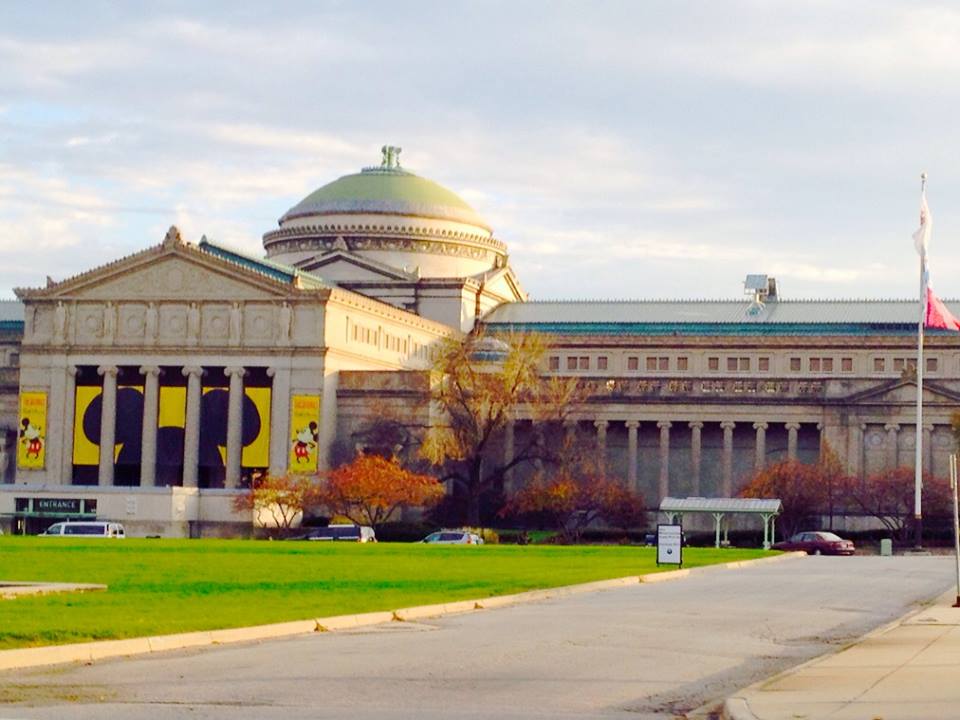 Disney’s D23 presentation of Walt Disney Company artifacts, including some from Walt Disney’s life before founding the company. The interesting Disney connection to the setting, of course, is that the Museum is in last remaining building from the World’s Columbian Exposition (the Chicago World’s Fair of 1893) — it served as the Palace of Fine Arts during the Fair. The Disney family lived in Chicago at the time of Walt Disney’s birth (1901); his father worked on the construction of some of the buildings of the Fair.

FYI, this is not an exhibit for kids, especially little ones. I really enjoyed it.