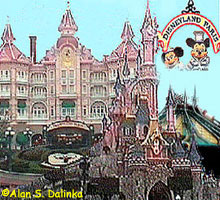 Photos are stills from video.