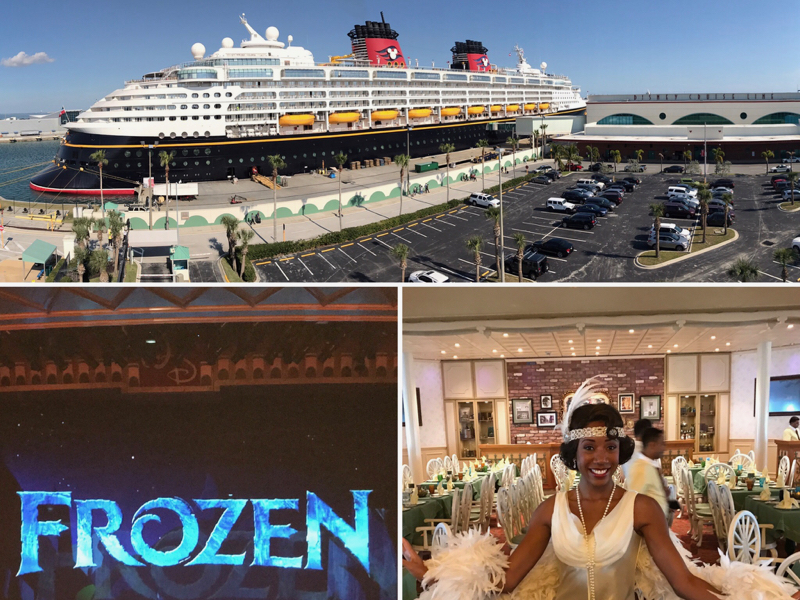 I was invited to visit Disney Cruise Line’s Disney Wonder to see Frozen: A Musical Spectacular, to have lunch in the new Tiana’s Place, and to take a tour of the ship. (Except for tolls and gas, Disney Cruise Line issued me and a guest Media credentials and covered all of the expenses of the visit.) The ship is as impressive as its twin, Disney Magic that I toured last year. The show is broadway-caliber with a good cast, with very impressive special effects and an on-stage costume change that got a round of applause. Tiana’s Place (the restaurant) is drawn from Disney’s The Princess and the Frog, down to the menu — with top-notch service and a live jazz band (introduced by Tiana, of course). Like last year’s tour of Disney Magic at Port Canaveral, in addition to the ship, I got a nice photo of NASA’s Vehicle Assembly Building at neighboring Kennedy Space Center. With the rest of the media, was escorted off the ship before its sailing that afternoon.