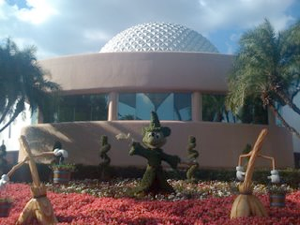 Since Disney so heavily promoted “Celebrate your birthday at Walt Disney World,” who was I to say no? As an annual pass holder, the gift card for merchandise equal to a one-day, one-park pass was a very nice touch. The photo below is of me and The Hat Lady, Carol Stein at The Rose & Crown Pub, U.K. Pavilion, World Showcase at Epcot. Following that is brief video sample of The Hat Lady’s show. 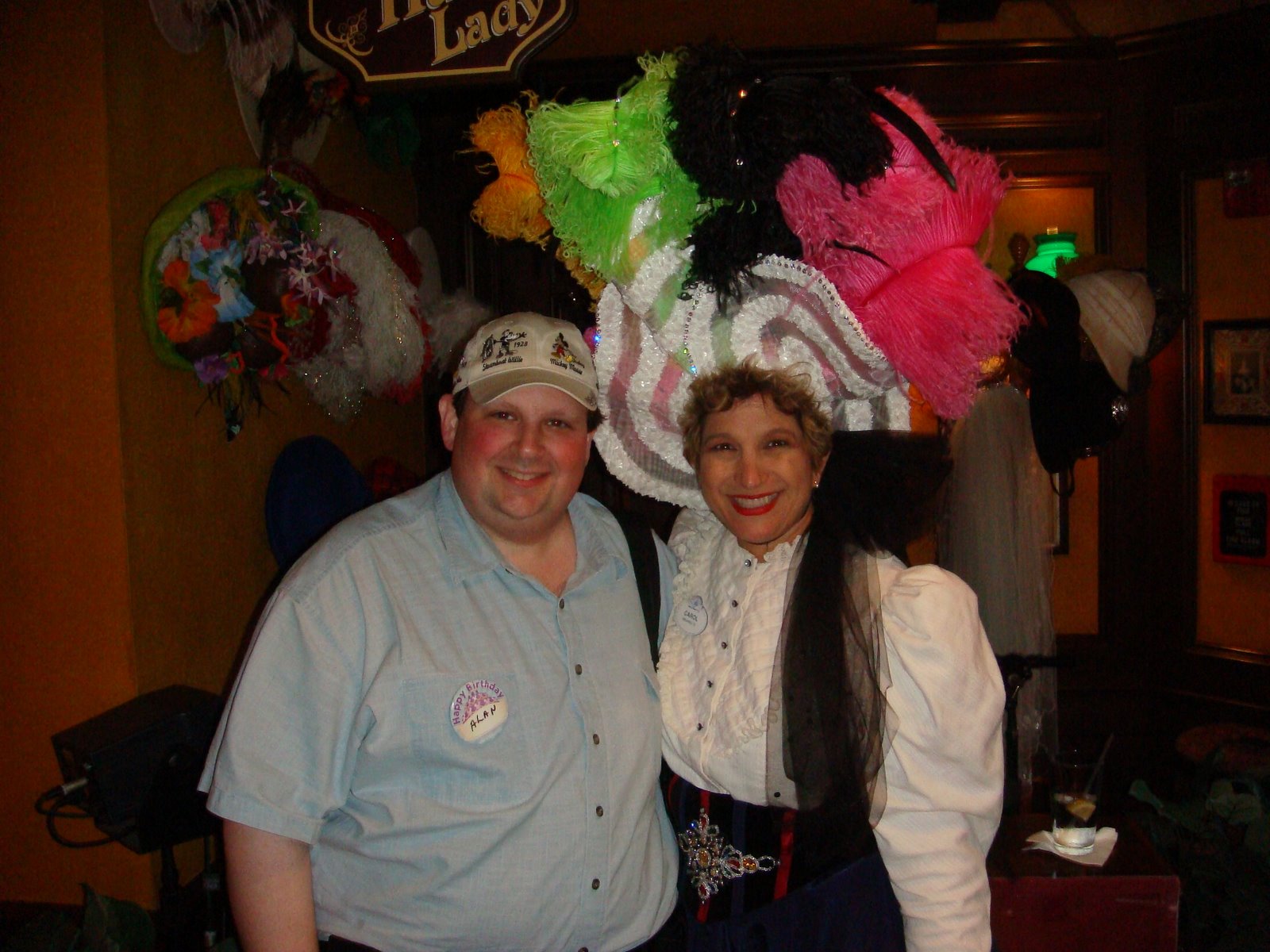 The video on this trip was shot with a new Sony HDR-XR520V HD Camcorder.
The video clips, hosted on YouTube, were all edited in iMovie ’09.